Castle Redmont is one of the fifty castles in Araluen, and is the "headquarters of the Redmont Fief. It it one of the biggest fiefs in Araluen and has a lot of influence.
The known town is called Wensley village, and also located in the fief is the Battleschool.

The Castle is called Redmont ( red Mountain) because at a particular moment in the day, when the sun is very low the castle seem to be red glowing. The Baron is Baron Arald, the ranger is Halt ( later also Will), the head of the diplomatic Corps is calles Lady Pauline and the Chef is called master Chubb.

In this castle the story begins, this is where Will is brought when he is a baby, this is where will is chosen to become a Ranger. This will always remain Wills home, even when he leaves, he thinks of Redmont as his home. 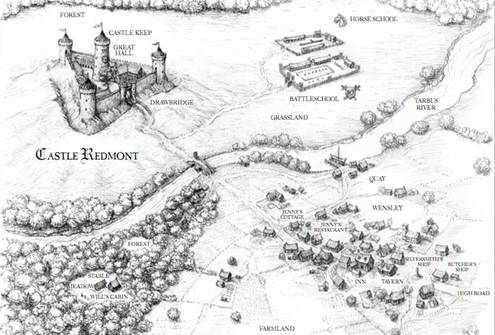